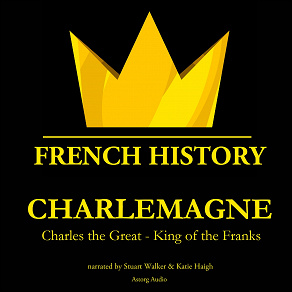 Charlemagne, Charles the Great - King of the Franks

by Rudyard Kipling
Charlemagne's wars in Italy, Spain and Saxony formed part of the common epic material, and there are references to his wars against the Slavs; but especially he remained in the popular mind as the great champion of Christianity against the creed of Mahomet, and even his Norman and Saxon enemies became Saracens in current legend. He is the Christian emperor directly inspired by angels; his sword Joyeuse contained the point of the lance used in the Passion; his standard was Romaine, the banner of St Peter, which, as the oriflamme of Saint Denis, was later to be borne in battle before the kings of France; and in 1164 Charles was canonized at the desire of the emperor Frederick I. Barbarossa by the anti-pope Pascal III. Discover the epic story of this legendary ruler in a clear and practical format.