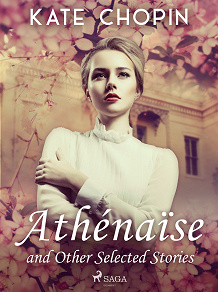 Athénaïse and Other Selected Stories

by Kate Chopin
Written by Chopin the author of the much celebrated novel "The Awakening" comes another classic rich piece of late 19th century feminist american literature. <br><br>Set in the heart of America’s deep south, "Athénaïse" is a short story exploring the timeless theme of women conforming to society’s expectations, rebellion, relationships and coming of age. From the cotton plantations to New Orleans we follow the title character, Athénaïse, a strong, independent and daring young woman on her journey of self-discovery. <br><br>Feeling trapped in her marriage Athénaïse with the help of her brother flees to New Orleans. She soon discovers she is pregnant; will this change her perspective on her marriage? Will her husband accept her back?<br><br><br>An American novelist and short story writer of French and Irish descent, Kate Chopin (1850 -1904) is one of the most celebrated feminist authors of the twentieth century. <br><br>Most of her fiction is set in Louisiana where she lived depicting the lives of intelligent young women, Creole culture and society in the American south. She wrote over 100 short stories including children’s tales that were all published in some of the most prestigious magazines but her most notable work is her novel ‘The Awakening’ which firmly has a place in American literature.<br>