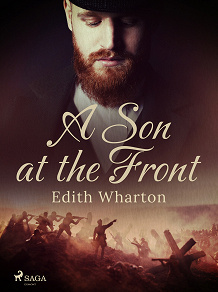 A Son at the Front

by Edith Wharton
Her beloved France was torn apart by the First World War and yet Edith Wharton still felt compelled to put pen to paper. <br><br>Inspired by some of her own experiences, ‘A Son at the Front’ tells the story of George, who is enlisted into the French Army. However, the focus falls firmly on the family left behind: George’s divorced mother and father, and his stepfather. To make matters even more complicated, George’s parents are American, leaving them feeling like strangers in a strange land.<br><br>‘A Son at the Front’ explores themes of social expectations, unfulfilled dreams, pride, and broken marriages. While Wharton is better known for her searing satires on the American upper classes, ‘A Son at the Front’ is one of many books featuring France and the First World War. A gripping read from one of the most celebrated authors of the 20th Century.<br><br>Edith Wharton (1862 – 1937) was an American designer and novelist. Born in an era when the highest ambition a woman could aspire to was a good marriage, Wharton went on to become one of America’s most celebrated authors. During her career, she wrote over 40 books, using her wealthy upbringing to bring authenticity and detail to stories about the upper classes and she went on to become the first woman to win the Pulitzer Prize in Literature, for her novel 'The Age of Innocence'. She moved to France in 1923, where she continued to write until her death.<br><br>Her works have been adapted to the screen countless times. The most recent examples are Martin Scorsese's 'The Age of Innocence' (1993) starring Michelle Pfeiffer, Daniel Day-Lewis and Winona Ryder and Terence Davies' 'The House of Mirth' (2000) starring Gillian Anderson and Eric Stoltz.