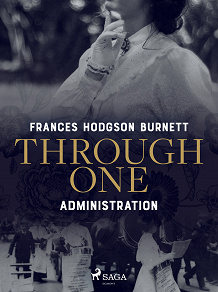 by Frances Hodgson Burnett
‘Through One Administration’ is a tale like no other. Through the eyes of Bertha Amory, the wife of a 19th century lawyer in Washington D.C., the author, Frances Hodgson Burnett, serves us both romance, women’s rights and American politics. <br><br>Bertha may be a mother of three and a devoted wife to her husband, but she’s never forgotten the summer when a young soldier came to stay with her and her father, a renowned professor, before heading off to fight a war against the Native Americans.<br><br>Many years later, the love of that summer returns to Washington D.C. Bertha is torn between the desires of her heart and her duties as a wife and mother. <br><br>Those who enjoyed the interlacing of romance and political commentary as seen in works by Jane Austen, including titles such as ‘Pride and Prejudice’ and ‘Sense and Sensibility’, will not be disappointed by Frances Hodgson Burnett’s ‘Through One Administration’.<br><br>Frances Hodgson Burnett was an English American playwright and author. Born in the UK in Manchester to a family of ironmongers, she later migrated to the United States where she would go on to write some of her most famous plays and novels. <br><br>During the span of her career, Frances Hodgson Burnett wrote and published more than 53 novels, most of them for adults. However, she is perhaps best known for her work in children’s literature, including famous titles such as ‘The Little Princess’ (1905), ‘The Secret Garden’ (1911), and ‘Little Lord Fauntleroy’ (1886). <br><br>Frances Hodgson Burnett is also known for her historical fiction, including acclaimed titles such as 'The Head of the House of Coombe' (1922) and its sequel, 'Robin' (1922). <br><br>Burnett’s work has been adapted for film many times. The latest movie adaptation of ‘The Secret Garden’ was released in 2020, starring Colin Firth and Julie Walters.