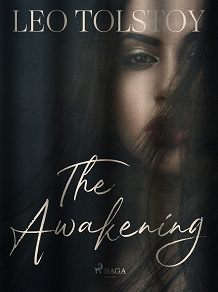 by Leo Tolstoy
The young nobleman, Dmitri Ivanovich Nekhlyudov, had no care in the world when he seduced a young maid, Katerina (Katusha) Maslova, only to cruelly abandon her. Unaffected by the situation he carries on with his life. Her on the other hand loses her job as a result of the affair and is forced into a life of prostitution.<br><br>Now, 10 years later, Katerina stands accused of murdering an abusive client and faces deportation to Siberia. <br><br>Dmitri sits on the jury and is horrified when he realizes that one of the prisoners on trial is the young maid he seduced years before.<br><br>This catapults him into a personal crusade of redemption, trying to make up for the fact that he used his high position in society to take advantage of others.<br><br>'The Awakening' (often translated as 'Resurrection') is the last of Tolstoy's major novels. It is an intimate, psychological tale of guilt, anger and forgiveness.<br><br>Leo Tolstoy (1828-1910) was a Russian author, a master of realistic fiction and one of the world’s greatest novelists. Tolstoy’s major works include "War and Peace" (1865–69) and "Anna Karenina" (1875–77), two of the greatest novels of all time and pinnacles of realist fiction. Beyond novels, he wrote many short stories and later in life also essays and plays.