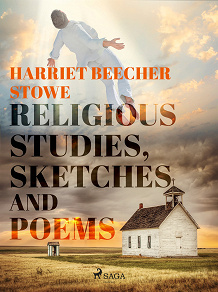 by Harriet Beecher Stowe
You won't fail to be captured by one of Harriet Beecher Stowe’s greatest books 'Religious Studies, Sketches and Poems'.<br><br>Religious and spiritual, the studies and poems reflect on how to live a godly life, discuss the afterlife, and the consequences of loss and tragedy. Stowe, herself, was very religious from early childhood and throughout her life, so it’s not surprising that an entire book was written by her about religious thought and feelings. This is a great collection of some of her best literature classic works.<br><br>A thorn in the angry eyes of American slave owners, Harriet Beecher Stowe (1811-1896) was an American author and ardent abolitionist. Her novel 'Uncle Tom’s Cabin' (1852) became one of the most famous literary attacks on slavery at the time. The novel was also turned into a play and made into movies more than once. <br><br>The latest version from 1987 features Samuel L. Jackson. Stowe also wrote numerous travel memoirs, letters, articles, and short stories – all crucial to the depiction of the injustice of African Americans we still hear about today.