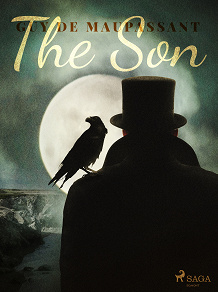 by Guy de Maupassant
Dark secrets are revealed when two aristocratic old friends embark on a journey through their memories in Guy de Maupassant’s "The Son." At 25, one of the men committed a crime on a walking tour in Brittany, France and when he returns many years later, he is confronted with the poor monster brought on by his own horrid actions. With "The Son", Maupassant illustrates the conflict between classes, between the privileged and underprivileged, in a story of exploited women and ill-fated children of the lower class.<br><br>Guy de Maupassant (1850-1893) was a famous French writer, best known as one of the finest practitioners of the short story. Master of style and dramatic narrative, Maupassant’s stories are mainly interested in the relationships between men and women, often found at the crossroads of life. One of his greatest influences was Gustave Flaubert, who introduced him to some of the central names of the time such as Emile Zola, Henry James, and Ivan Turgenev. Some of his best known works include the novels "Bel Ami" and "Une Vie", more than 300 short stories, travel books, and even an attempt at poetry.