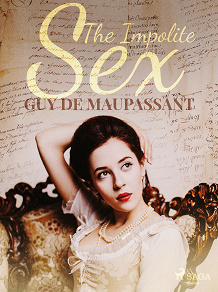 by Guy de Maupassant
Madame de X. writes letters to Madame de L. - lots of letters. She writes about her relationship struggles, the difficulty of love, and most importantly, men. Madame de X. simply cannot believe their lack of manners, composure, and tact. A series of seemingly polite letters quickly transforms into a fast-paced and witty yet heated exchange. This epistolary adventure is unmissable for those who enjoyed Anton Chekhov's short stories. <br><br>Guy de Maupassant (1850-1893) was a French writer. Famed for being a master of the short story, he also wrote travel books and occasionally dabbled in poetry. His stories mainly focus on the relationships between men and women sitting at crossroads in their lives - whether personal or professional. His dramatic flair is largely influenced by French novelist Gustave Flaubert and is perfect for fans of Anton Chekhov's short stories. The most notable of the 300 short stories that he wrote include 'Bel Ami', 'Une Vie', and 'The Dumpling'.