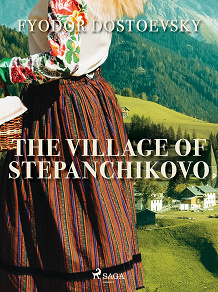 by Fyodor Dostoevsky
Wild carriage chases, moonlight trysts, stupidity, vanity and elopements. This manic comedy seems to have it all...<br><br>Farcical in its entirety, 'The Village of Stepanchikovo' follows the ordinary, yet comical and trite comings and goings of the village people. A tale of satirical characters, the novel excels in its portrayal of superficial social qualities and the effects on people’s inner and outer lives. <br><br>Funny, pseudo-ambitious, and quasi-intellectual, 'The Village of Stepanchikovo' is a must-read gem in Dostoevsky’s comedy menagerie.<br><br>Fyodor Dostoevsky (1821-1881) was a famous Russian writer of novels, short stories, and essays. A connoisseur of the troubled human psyche and the relationships between the individuals, Dostoevsky’s oeuvre covers a large area of subjects: politics, religion, social issues, philosophy, and the uncharted realms of the psychological. <br><br>There have been at least 30 film and TV adaptations of Fyodor Dostoyevsky’s 1866 novel 'Crime and Punishment' with probably the most popular being the British BBC TV series starring John Simm as Raskolnikov and Ian McDiarmid as Porfiry Petrovich.<br>'The Idiot' has also been adapted for films and TV, as has 'Demons' and 'The Brothers Karamazov'.