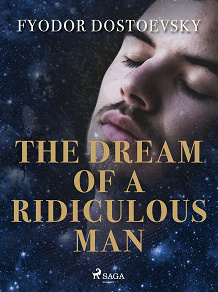 The Dream of a Ridiculous Man

by Fyodor Dostoevsky
Spiralling down and down, finally reaching rock bottom. What is there possibly left to live for? Nothing!<br><br> 'The Dream of a Ridiculous Man' is a short story by Dostoevsky, exploring the limits and richness of the human psyche. When a nihilistic man decides to take his life, he is saved by a chance encounter with a distressed little girl seeking his help. As he falls asleep that night, he embarks on a dream journey, during which he finally understands what he was put on this Earth for.<br><br>Quite a simple idea that Dostoevsky masterfully elaborates into a psychological agenda for the protagonist. Supernatural and hallucinogenic, the story is an impressive, vivid tale that stays with you like an unforgettable dream.<br><br>Fyodor Dostoevsky (1821-1881) was a famous Russian writer of novels, short stories, and essays. A connoisseur of the troubled human psyche and the relationships between the individuals, Dostoevsky’s oeuvre covers a large area of subjects: politics, religion, social issues, philosophy, and the uncharted realms of the psychological. <br><br>There have been at least 30 film and TV adaptations of Fyodor Dostoyevsky’s 1866 novel 'Crime and Punishment' with probably the most popular being the British BBC TV series starring John Simm as Raskolnikov and Ian McDiarmid as Porfiry Petrovich.<br>'The Idiot' has also been adapted for films and TV, as has 'Demons' and 'The Brothers Karamazov'.