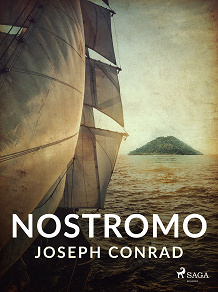 by Joseph Conrad
The lure of riches can be too much for some men who will stop at nothing to steal the silver from the fictional land of Costaguanero. Nostromo is the story of one man and his unshakable will to become a better man in the eyes of society and be welcomed into the upper classes.<br><br>Political instability and corruption drive the port of Sulaco, but the man known as Nostromo is seen as incorruptible in a world of thieves. This novel is seen as one of Conrad’s finest novels as it explores capitalist greed, the lengths that some men will go to get what they want and what can happen in the pursuit of those things that they don’t deserve.<br><br>Joseph Conrad (1857-1924) was a Polish-born author who left Poland in his teens to avoid enlistment in the Russian Army. He learned English aboard British ships and started writing in the language after settling in England. His most famous novel is ‘Heart of Darkness’ (1899), which was inspired by his experiences on the open sea.<br>