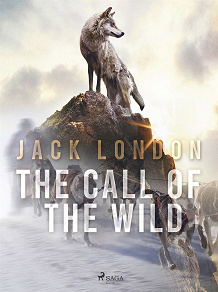 The Call of the Wild

by Jack London
Buck is a beloved and pampered St. Bernard-Scotch Shepherd, living a life of luxuries with a rich and loving family in California. But one day a domestic servant steals and sells Buck, and he must now adapt to a whole new life as a sled dog in the Canadian wilderness. Adjusting becomes even harder when the vicious lead dog, Spitz, makes an enemy out of him. But Buck is not so easily defeated.

‘The Call of the Wild’ (1903) is one of Jack London’s most highly regarded masterpieces, now with a 2020 CGI-animated movie, starring Harrison Ford, Karen Gillian and Bradley Whitford, to its name.


Jack London (1876-1916) was an American writer and social activist. He grew up in the working class, but became a worldwide celebrity and one of the highest paid authors of his time. He wrote several novels, which are considered classics today, among these 'Call of the Wild', 'Sea Wolf' and 'White Fang'.