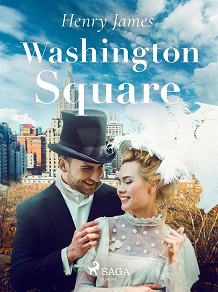 by Henry James
Catherine is well on her way to becoming a spinster. She’s 21 and part of New York’s upper-class society, but she has never had a flirt and is plain-looking without the sparkling personality to make up for it. Or so her father thinks. Because when the handsome Mr. Morris Townsend catches her eye, Catherine falls head over heels in love with him. But does Townsend really like her back, or does he just like all the money she is set to inherit? Based on a true story as told to him by a friend, ‘Washington Square’ (1880) is probably Henry James’ most accessible novel. Fans of Jane Austen will definitely like this.


Henry James (1843-1916) was an American author who already by his mid-20s was regarded as one of the most skilful short story writers of his time. Later he would write several classic novels including ‘Daisy Miller’ (1878) and ‘The Portrait of a Lady’ (1881). He spent much of his life in Europe and became and British citizen shortly before his death.