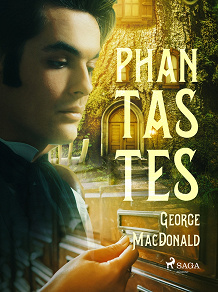 by George Macdonald
When, on his twenty-first birthday, Anodos goes into his father's study and opens a drawer, a little ancient fairy lady grants his wish to go to Fairy Land. But is it all just a fantasy? A forerunner of the modern fantasy genre, "Phantastes" is a poignant, whimsical fairy tale. George MacDonald’s classic from 1858 was a favourite of C.S. Lewis’.