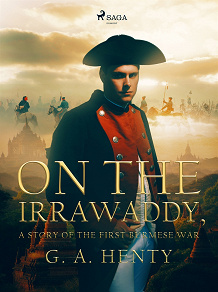 On the Irrawaddy, A Story of the First Burmese War

by G. A. Henty
As the first Anglo-Burmese War is raging, a young man, Stanley, finds himself involved. Set in early nineteenth century India and Burma, "On the Irrawaddy, A Story of the First Burmese War" is an exciting adventure, loaded with historical detail.