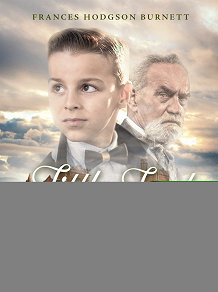 by Frances Hodgson Burnett
"It had never occurred to his honest, simple little mind that there were people who could forget kindnesses."

Shortly after his father’s death, the sweet and optimistic boy, Cedric, and his American mother discover that he is a lord and heir to a large fortune. His grandfather invites them to stay with him in England but wants nothing whatsoever to do with them. It does not take long for the loving boy to warm his grandfather’s bitter heart, however, but conflict lurks just around the corner. Someone else is out to claim Cedric’s inheritance.

Considered the Harry Potter of its time, ‘Little Lord Fauntleroy’ (1886) was a huge hit and massively influential on young boys in the 19th century.


Frances Eliza Hodgson Burnett (1849-1924) was born in Manchester, England, but emigrated to the United States after her father’s death. She wrote stories for magazines to help her family financially, and would later write plays and novels. Her most famous works are ‘A Little Princess’ (1905) and ‘The Secret Garden’ (1911).